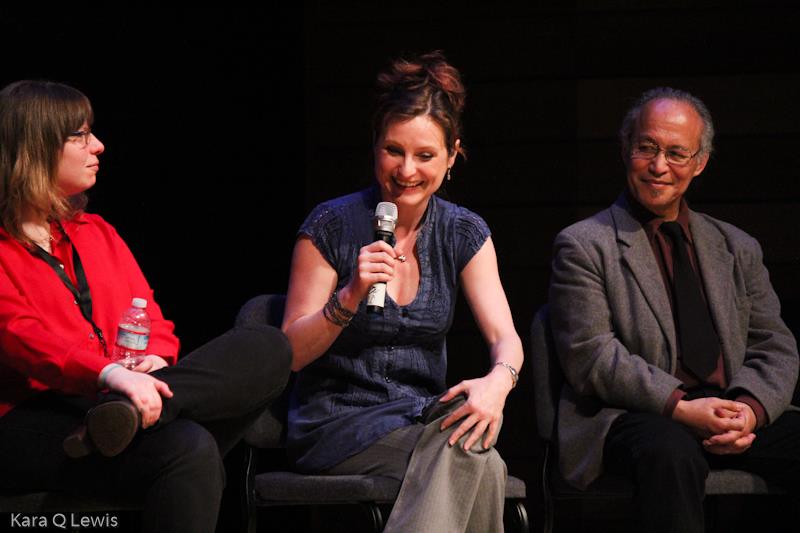 Feminist theatre, according to my definition of feminism, is theater that provides an alternative not just to the male gaze but also to the normative gaze by intervening in cultural assumptions about identity, dismantling binaries, and creating equality. I employ a feminist process that aims to empower all of the participants in any theater-making endeavor to be active agents in the imaginative process, and I aim at a product that does that for the audience as well.

To that end, my directing utilizes a combination of what I call Revisionist Stanislavsky, the Viewpoints and Composition, and the tools and philosophies of Epic Theater, all of which I most often apply to work on new plays as well as gender-flipped classics.

Inspired by Sharon Carnicke’s research recovering Stanislavsky’s original practices and aims, unvarnished by Soviet censors and 20th-Century American biases, I help actors choose physical actions connected to executing concrete tasks and to build characters based on what those characters choose to do. This emphasis on choice frees character from being a pre-determined and unchangeable quality and allows for stories in which people can change themselves and their worlds.

The Viewpoints provide the vocabulary I use to make storytelling choices in space and time, creating a physical life that provides a layer of meaning in addition to the text. These layers of meaning can provide multiple perspectives on the same event, encouraging the audience to think critically about what they are seeing and imagine their own interpretations.

Finally, applying Brecht’s theories helps me make productions that reveal social and political structures. I frequently use signs, projections, and other forms of visible text; I find every opportunity I can to introduce a song and/or dance into a piece; and I use several Brechtian acting exercises to develop the ability in an actor to both experience the role in a Stanislavskian sense and to serve as the narrator of that experience. Through these means and others, the social, political, and historical contexts of the story and the characters are never far from the audience’s mind.

As a professor of directing, I often tell my students that building a production is like building a house, and it is my job to teach them how to use the tools available to them to do that. I teach students how to use hammers and nails, screws and screwdrivers, in service of building whatever kind of house they want. Therefore a student need not share my political philosophy to learn directing from me; she can, rather, learn how to use a huge variety of theories and methodologies in service of whatever philosophy she chooses. I use them in the service of equality.