Who Should Play the New Lara Croft? 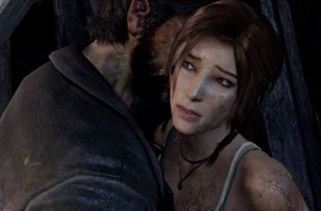 In the midst of a dark summer for geek girls (sorry USA Today, one lady per movie does not constitute a good summer for women), a ray of light has finally broken through. MGM has announced it plans to reboot The Tomb Raider film franchise, and they’ve hired a female screenwriter: none other than Marti Noxon of Buffy the Vampire fame.

The Tomb Raider game–one of the few with a female protagonist–was rebooted earlier this year, and its new incarnation garnered it’s share of criticism as well as praise. Before it came out, executive producer Ron Rosenberg announced that Croft would be a victim of rape and encouraged players to protect her. Amidst backlash, the development company, Crystal Dynamics, walked back the statement. But when the game was released earlier this year, the controversy flared again. The violence that Lara Croft suffers at the beginning of the game is intense and distinctly sexual.

Violence against women has been a part of video games since Grand Theft Auto allowed players to pay prostitutes for sex and then murder them and take their money back. in 2009, a Japanese video game called RapeLay went so far as to make sexual assault the point of the game, including the rape of a 10-year-old girl who stammers, “I want to die” while tears roll down her cheeks. In fact the trope has become so common and gamers so comfortable with it, that a Microsoft employee at last week’s now notorious E3 convention made a rape joke while demonstrating a game with a female colleague.

Crystal Dynamics has said that the new Tomb Raider film will follow in the footsteps of the rebooted video game, which aims “to take you on a journey of breaking [Lara] down and then building her back up again.” How Noxon plans to deal with the sexual assault remains to be seen. Though she did not write the episode of Buffy the Vampire Slayer in which the vampire Spike attempts to rape Buffy (“Seeing Red”), Noxon was an executive producer at that point and was held responsible for the choice by fans. Because the incident motivates Spike to get his soul back so that he can be good, it ultimately improved reception of his character. Some feminists also find it troubling that Buffy later resumed a friendship with Spike.

With Tomb Raider, the attempted rapist is not a major character, so the sympathy-for-Spike problem can probably be avoided. The story of a strong woman not just surviving a sexual assault and but also going on to become a major action hero is not necessarily a bad story to tell. (It bears mentioning that the the writer of the rebooted game is also a woman–Rhianna Pratchett.) Should Noxon choose to include the attempted rape in the movie, it could become a powerful origin story.

Casting and design will also be key to keeping the new Croft from being purely a sex object. Angelina Jolie had some game (pun intended) in the original two films, but her bra, though padded, provided so little actual support that most of her action sequences became all about the boobage. A genuinely athletic actor, a costume that she can reasonably fight in, and a script that makes her a complex character could make this Lara Croft the best female action hero on screen in a long, long time.

Who do you think should play the new Lara Croft?

Like Loading…
← Something Special Happened in Texas
→ Uncurated, Unmediated: Why Fringe Festivals Are Perfect for Solo Shows

One response to “Who Should Play the New Lara Croft?”